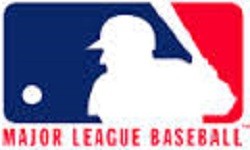 Regular season games may end in a tie.

A continuous batting is in effect, all players are placed and remain in the batting order regardless if they are playing a defensive position. A pinch runner will not be allowed unless due to injury.  If the player cannot continue to run the substitute runner will be the player who made the last out either from that inning or the previous inning.  In the case of injury, the player may reenter as long as he does not miss his/her time at bat.  If the player cannot bat, he/she must be removed for the remainder of the game.

The batting order can be reset from game to game.

Free substitution is in effect.

All players must play a minimum of three defensive innings provided he/she is present at the start of the game.

The infield fly rule is Not in effect.

Drop 3rd strike advancement is allowed. (First base must be unoccupied or with 2 outs the 3rd out must be made regardless if 1st base is occupied)

Conant and Lewis Monk: The umpire will review the field specific ground rules with managers prior to each game.

Any player, coach, volunteer or spectator ejected from a game by the umpire will receive an automatic one game suspension. Additional disciplinary action may be distributed after review of the Executive Board of Directors or the full Board of Directors.