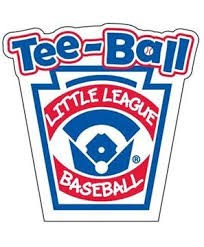 Practice time at the “Cabbage Patch Field” OR Foss Park can be arranged through the T-Ball Coordinator.

Children playing the following positions must wear a helmet:1st base, pitcher and catcher.

All parents, siblings and friends of the players are to sit/stand on the outfield side of the dugout, THIS IS FOR SAFETY REASONS.